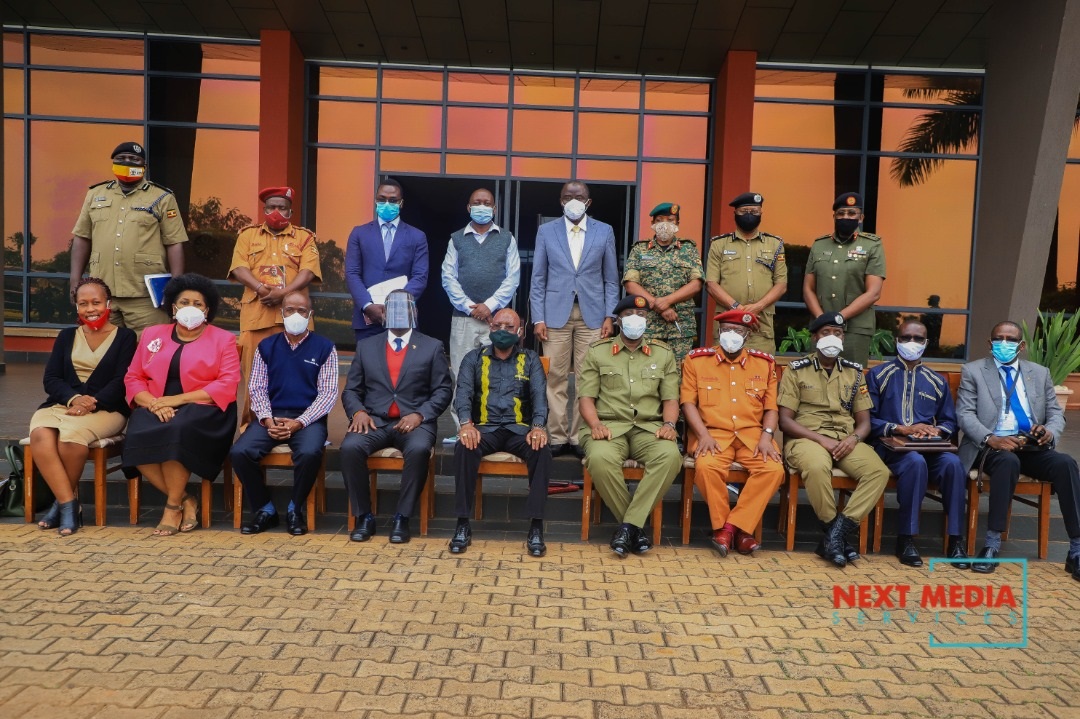 This morning, members of the NAB Exco, led by NAB Chairman Kin Kariisa had a cordial and fruitful meeting with the security chiefs at CMI headquarters regarding the relationship between the security agencies and the media.

NAB raised issues of concern to the security chiefs including the safety of the journalists during their line of duty, interruption of the media while doing their work as the fourth estate, disruption of business by RDC at upcountry stations, and sometimes, poor flow of information from the agencies through the media among others.

The Security chiefs retaliated the need for media to ensure its not used to destroy the security and stability of the country. They also promised to work with the media on resolving any issues that might arise.

The meeting shared views candidly and resulted in the creation of a tentative joint working committee headed by the government spokesperson Mr. Ofwono Opondo. The committee which will be sitting weekly will be charged with improving the relationship between the security and the media and ensure the continued flow of information to the public and balanced news coverage while minding the security and stability of our nation. The electoral commission and UCC will be represented on this committee as well.

Critical for your attention is the call put out by UCC when they made it clear that they will be enforcing the communications guidelines of 2019, which have since been availed to all those seeking renewal of broadcast licenses. The meeting was cordial but firm on the facts.

It is hoped that NAB will step up its self-regulation role, to minimize friction between the national regulator (UCC), security forces, and the media practitioners.

The first committee engagement is expected next week.

First Executive Meeting to plan for the Media Industry